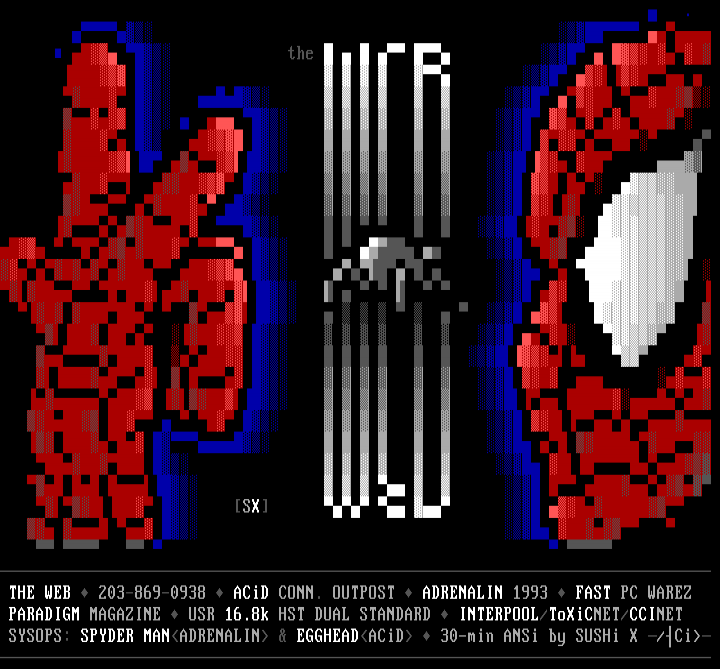 Few artists with such a relatively small ANSI portfolio can claim as big an impact on the medium as Sushi-X. His style is unmistakeable and influenced a horde of artists that came after him.

I’m positive that we must be missing his earliest work in the archive, but from what we know he first turned up in 1993 with ACiD. He’s also mentioned around that time as a member of Spectrum (which was a courier group). Besides a brief dalliance with Gothic, he spent all of his known ANSI career with ACiD. Not a bad place to camp out. His last known piece was released in late 1995.

If you don’t know his name, you may know his BBS. Sushi Bar Z was a giant in the textmode scene and was probably affiliated with nearly every art group that existed in that era. There are loads of SBZ ANSIs out there. It was just one of those boards that everybody wanted to draw for.

I have it on good authority that Sushi went on to a successful visual effects career in Hollywood. It’s very likely you’ve seen his work - particularly if you’re familiar with a trio of green-tinted hacker-themed cyberpunk movies from the early 00’s. There is no spoon. 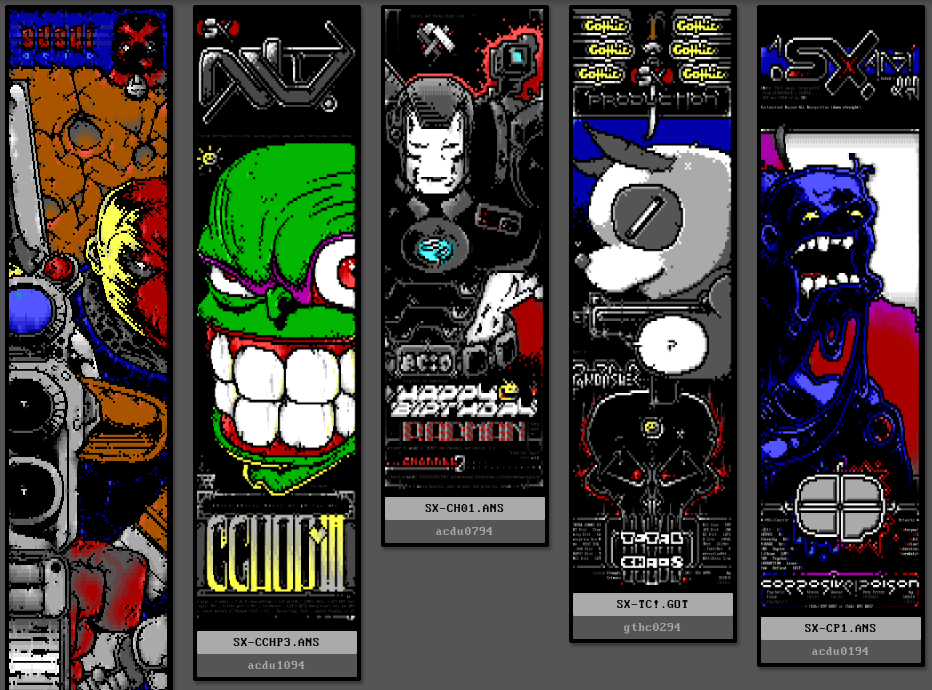 Sushi Bar Z was one of my favorite boards growing up. It was one of the first ones I’d called that showed how beautiful ansi could make BBS software, and an inspiration.