Shihear Kallizad was the main person behind the Paradigm emag which lasted for 2 issues. SK was known for very harsh reviews of artpacks in this emag. 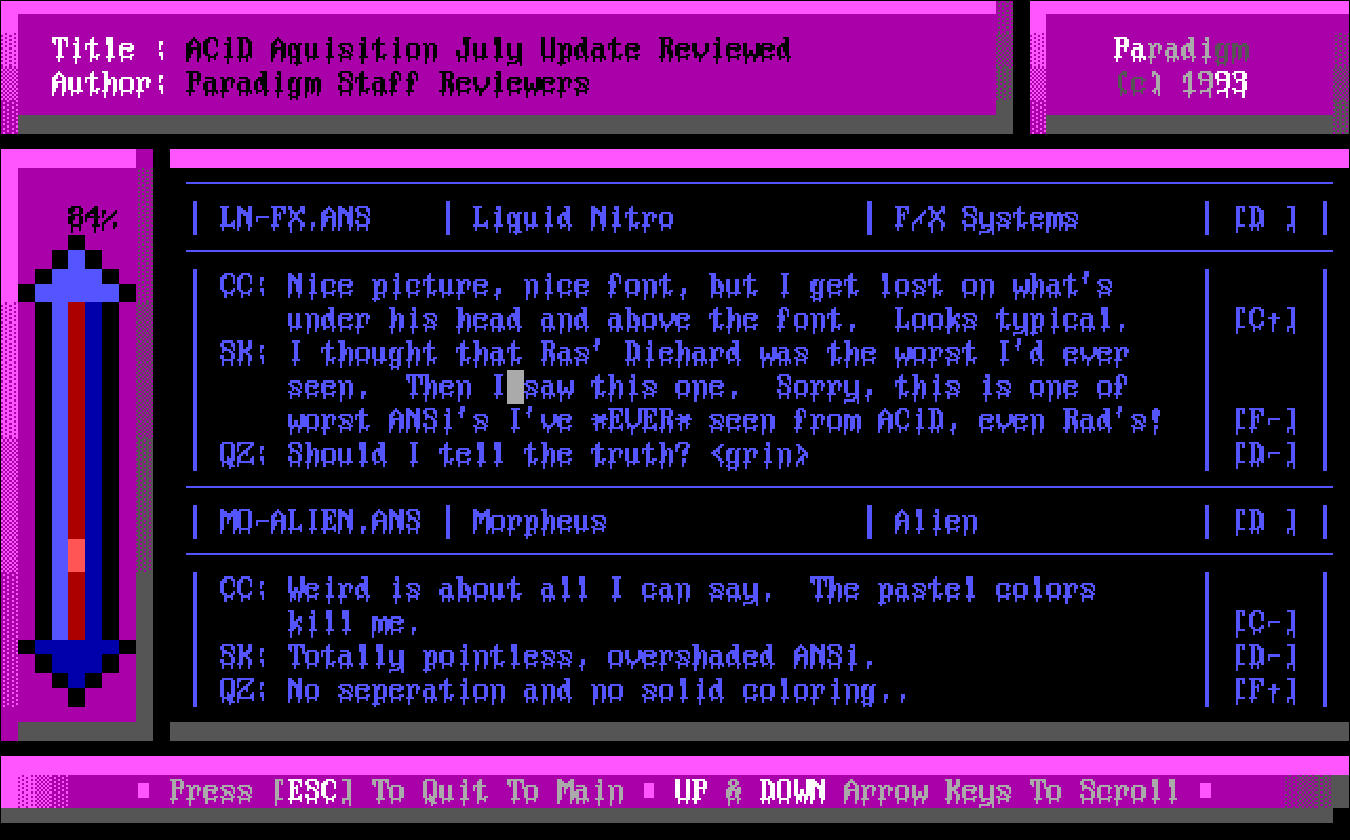 As a result of the controverse Shiheaer Kallizad caused with his emag, ACiD decided to release parody on the Paradigm emag called Doyadigm, the resemblance with the original is striking clearly higher quality. Shihear Kallizad left the scene shortly after the release of the parody emag, it’s unknown if his departure and the release were related.